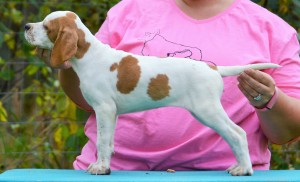 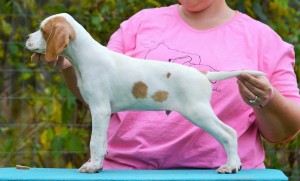 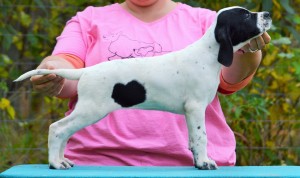 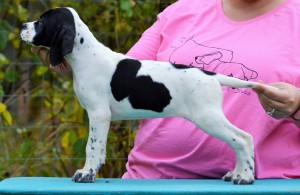 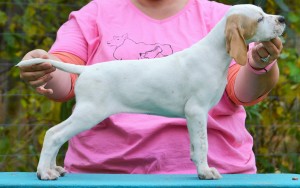 Sort of cant believe its been 7 weeks already! Seems like just yesterday they were born….

We have two Orange boys available for companion homes, and one of the girls will potentially be available to a well qualified show home. Contact us via email (bjviera@gmail.com) for more information. 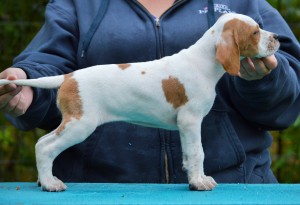 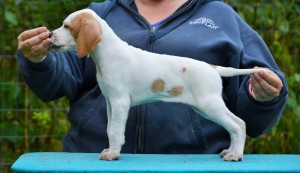 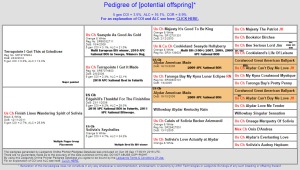 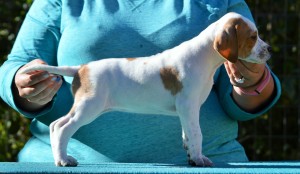 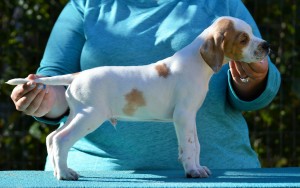 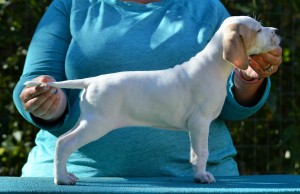 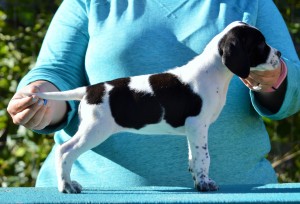 I’m a few days (well, more than a few) behind – but here are the 5 week stacked photos…. 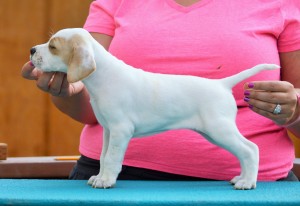 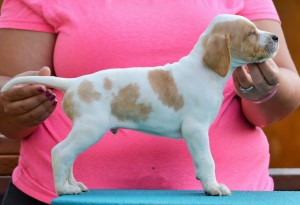 Well, its not really all that much. But its been an adventure! I really never saw myself as someone who would ever be excited about putting letters at the end of a dogs name – but I’ve been bit by the herding bug and its a lot of fun!!

In early July (July 4th weekend, to be exact) we participated in our first herding trial as entrants. Oh the nerves! I havent been that anxious and nervous about dog events in a LONG time! Gable was entered in HT both days (the Herding Tested class – which requires the dog to have a controlled pause at the beginning, to change the sheeps direction twice – essentially, the easy way is to do figure 8’s, which is what we did – and to stop and recall at the end.) and unfortunately, the trial had the same judge both days, so while he qualified both days, only one leg counted towards his HT title (need two, under two judges, for the HT title)

So in August, we went to our second trial as participants. I think I was more anxious and nervous at this trial! Needless to say, Gable did AWESOME on Saturday, qualified on his HT run, and pending AKC approval can now add the letters HT at the end of his registered name. So now he will be Ch Allegro Grandiose Frankly My Dear, HT.    On Sunday, I was brave and moved him up to the next level – Pre-Trial Tested, or PT. I said at the beginning of summer that HT was my goal and anything beyond that would be gravy…..and Gable said he liked gravy a lot, because he had an amazing PT run and qualified for his first PT leg! PT requires 2 legs under 2 judges, so he needs one more leg under another judge to finish his PT title. There is another trial in a few weeks, so we will see if the herding gods will smile on us one more time at least to finish that up. I couldnt be more proud of Gable. We’ve learned a lot this summer. Makes me wonder what else Mr Handsome might be capable of accomplishing!

Time is flying by, and the babies are growing by leaps and bounds (literally!)

Here are their 4 week shots: 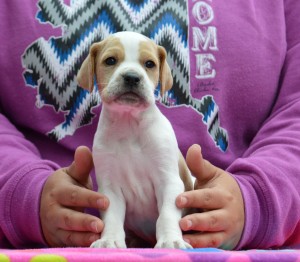 Its been warm enough lately (and not pouring rain!) so they puppies can start having outdoor adventures. Its so fun watching them explore about, watching them learn and be exposed to crazy things like really loud motorcycles and 4wheelers going by, and birds twitting about (its really fun to see their puppy instincts start to kick in and their reactions to the birds)

Photos of todays outdoor exploration session (The puppies are about 4.5 weeks old now…) 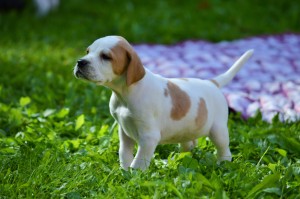 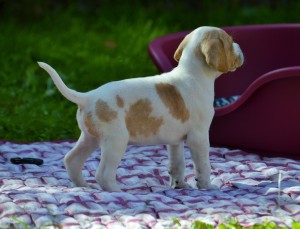 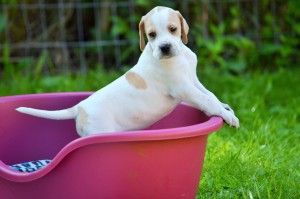 Because there is so much formality in a 2 week old – this is as good as we get at this age! lol

But they are awfully cute!

Looking forward to the next few weeks. This is the time they start doing more than just eat sleep and poop, so now the fun begins and personalities start emerging and all the real work starts!!

Everyone is growing up and gaining weight and eyes are starting to open….. 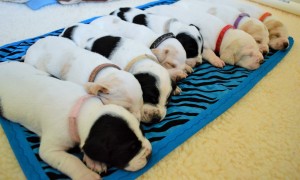 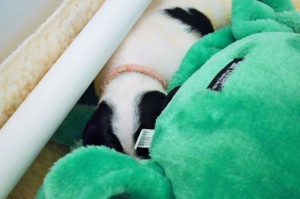 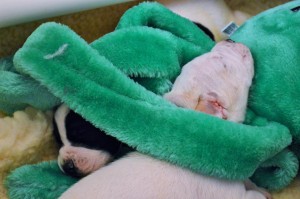